The 1960s was considered as one of the most iconic eras in all of fashion history. 60s fashion is so influential that it has transcended its way into molding modern man’s style. So if you’re looking to incorporating 60’s most dapper looks into your everyday OOTD, then it’s time to pay tribute to the most stylish men of the 1960s.

Learn From These 60s Fashion Classics

The sixties are making a fashion comeback. And it’s not just any kind of comeback. It’s one that has redefined men’s clothing, hairstyle, demeanor, and even lifestyle. So it pays to take a step back and check who the real movers and shakers of 1960s fashion are. And let’s take a closer look at why 60s fashion remains to be timeless pieces. By far the most stylish American President to date, the late John F. Kennedy is known for his effortless sophisticated looks. He had the ability to make suits look both formal and laid back at the same time. And whenever he’d wear more casual clothes, he always made sure that he still looked dapper in them.

His 60s fashion was all about functional perfectly-trimmed clothing for our slick suiting former leader.

Sean Connery earned the title of one of the stylish men in the 1960s by rocking the most iconic suits of the era – the James Bond Navy Blue and Grey suits. He became the fashion role model of a lot of men because of the perfectly-trimmed trousers and the (at that time) unconventional suit shades.

His 60s fashion secret? The Dupioni silk which is more resistant to wrinkles. Perfect for looking sleek, clean, and sharp even after the Bond adventures. 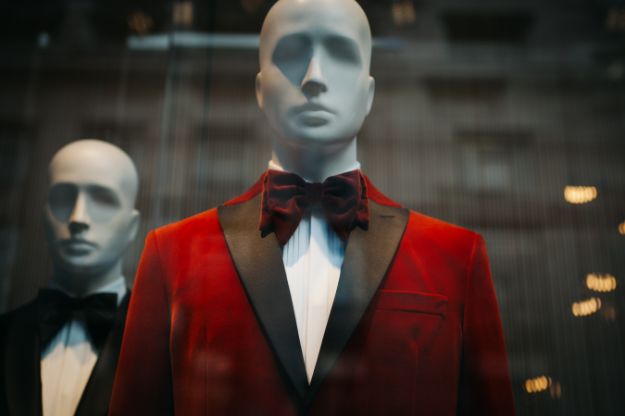 Steve McQueen was The King of Cool during the 1960s with his personal style that is known to endure the passing of time. He was the very definition of being cooler than cool. His bad boy looks matched with laid back outfits  stood out during the time of dapper and sleek suits. Instead of blazers, he rocked the bomber jackets. But whenever he’d have to wear the blazers, he’d pair them up with turtlenecks instead of the button-down shirts.

Talk about a stylish rebel through and through. The Beatles did not only change the world of music during their golden years, they also took the 60s fashion world by storm. These 4 young men (then) wore their hair longer instead of sporting sleek brushed up looks. It was their boyish charm that won the world over–aside from their timeless music, of course. They made corduroy trousers and Pierre Cardin collarless jackets as big as their sound.

The Beatles created a following who not only listened to great music but also wore great clothes. Want to learn more about the evolution of menswear? Check out this video on the 100 Years of Men’s Fashion by Mode:

Looking at the legacy these classic icons have left for the modern world, there’s one important tidbit that is quite evident. Rocking 60s fashion is really more about attitude than the clothes themselves. It was all about injecting personality into fashion and strutting the streets in unwavering confidence. So, take it from these 4 style icons and own your look too!

Want to look sharp like these men? You can also learn a few things from the guys of Mad Men.

Did I miss any 60s fashion style icon? Kindly share your thoughts in the comments area below.

How Men Dress in Punk Outfits: The Five Essentials